York, U.K. 9 August 2021:  Abingdon Health plc (AIM: ABDX), a leading international developer and manufacturer of high quality and effective rapid tests, notes recent media commentary on the application by Good Law Project Limited (“GLP”) for judicial review, due to be heard in December 2021, of the decision by the Department of Health and Social Care (“DHSC”) to award contracts to Abingdon for the development of lateral flow test kits to detect COVID-19 antibodies.

Abingdon Health is a lateral flow diagnostics company providing contract service solutions across the healthcare sector. Founded in 2008, Abingdon Health has established itself as a leading expert in lateral flow test development and commercial manufacture. The senior management team have over 150 years’ combined experience in the lateral flow testing market and the Company employs over 130 people across facilities in York and Doncaster.

Abingdon Health fully supports both openness and accountability relating to the award of public contracts and in the interests of factual accuracy and transparency provides the following statements:

The GLP have asserted that the Government admitted in sworn evidence that some of Health Minister Lord Bethell’s dealing with Abingdon Health had been conducted using his private mobile phone, potentially using WhatsApp and text messages that are no longer available for scrutiny following the replacement of the phone. This assertion is not correct, and the Company can confirm that no member of the senior management has sent or received texts or WhatsApp messages with Lord Bethell or any other Government ministers. The mobile phones of the senior management team at Abingdon Health have not been replaced or lost and the senior management team are happy to confirm in sworn evidence that no such text or WhatsApp messages were sent or received.

Abingdon Health has also engaged with GLP and its director, Jolyon Maugham, to provide accurate details of the Company’s interactions with the DHSC and to correct factual inaccuracies that have been assumed to date. This includes a comprehensive letter sent to GLP on 4 May 2021 and copied to the Government Legal Department. In a spirit of openness and transparency the Company has today published this letter on its website. This letter has attempted to correct a number of assertions made by GLP about Abingdon Health and covers:Abingdon Health’s longstanding expertise in the area of lateral flow test development;
the financial security of the Company ahead of any Government contract award;
the subjectiveness of any company being an “established operator” within COVID-19 antibody testing in the early stages of the pandemic;
performance data relating to the AbC-19™ test and other evaluations undertaken;
the formation of the UK-RTC and lack of involvement of Prof Bell in the development of the assay; and
prices of goods and services provided being at or below market price, such that there was no State aid.
Abingdon is participating as an ‘interested party’ in the judicial review to ensure that accurate information is available during the process. The Company has filed a ‘Detailed Grounds of Resistance’ to the court to ensure the factual inaccuracies referred to above are addressed. This document has also been published today on the Company website.
The Government has substantially refused to pay Abingdon Health for the goods and services provided under the contract. The Company has outstanding invoices with the DHSC totalling £6.7m (including VAT), including £5.15m (including VAT) for the 1 million AbC-19™ rapid tests which were delivered in early January 2021 and some of which were deployed in the UK Biobank study. The Company was told by DHSC in January 2021, both verbally and in writing, that payment for the 1 million tests had been cleared for payment. The Company continues to pursue these debts owed by DHSC.
As a British company and a leader in the field of lateral flow testing, Abingdon Health responded to the Government’s request for healthcare industry experts to pull together in a national and international emergency, and this led to the formation of the UK-RTC, a consortium of UK diagnostic companies. Abingdon Health halted a number of other workstreams in order to prioritise its attention to the pandemic response.
Abingdon Health reiterates its support for both openness and accountability relating to the award of public contracts and would urge the GLP and its supporters to consider the facts as laid out in the documents referred to above, acknowledge that there has been no wrongdoing by Abingdon Health, and to refrain from making unsubstantiated assertions that are damaging to the Company’s employees, shareholders and other stakeholders.
Chris Yates, Chief Executive Officer of Abingdon Health commented:

“At Abingdon Health we have sought to answer the Government’s call for leading companies in the Lifesciences sector to respond quickly with solutions to mitigate the impact of the pandemic.

“We believe that antibody testing programmes will be rolled-out around the world, where there are clear use cases for antibody testing, including checking levels of immunity both prior to and after vaccinations, as well as potentially assess which individuals should be prioritized in vaccination or vaccine booster programmes. Given that our AbC-19™ rapid test could be a key tool in maintaining public safety, confidence in vaccines and supporting effective vaccine booster campaigns, it is very disappointing that we have been caught in the cross-fire of a battle over transparency and accountability, which has meant this British developed and British made rapid diagnostic has not been substantially deployed here in the UK.

Abingdon Health is a world leading developer and manufacturer of high-quality rapid tests across all industry sectors, including healthcare and COVID-19. Abingdon is the partner of choice for a growing global customer base and takes projects from initial concept through to routine and large-scale manufacturing and has also developed and marketed its own labelled tests.

The Company offers product development, regulatory support, technology transfer and manufacturing services for customers looking to develop new assays or transfer existing laboratory-based assays to a lateral flow format.  Abingdon Health aims to support the increase in need for rapid results across many industries and locations and produces lateral flow tests in areas such as infectious disease, clinical testing including companion diagnostics, animal health and environmental testing. Faster access to results allows for rapid decision making, targeted intervention and can support better outcomes. This ability has a significant role to play in improving life across the world. To support this aim Abingdon Health has also developed AppDx®, a customisable image capturing technology that transforms a smartphone into a self-sufficient, standalone lateral-flow reader.

Founded in 2008, Abingdon Health is headquartered in York, England. 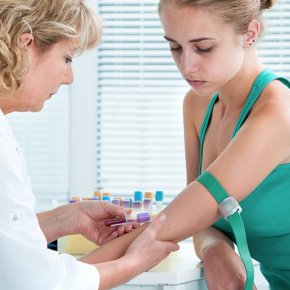 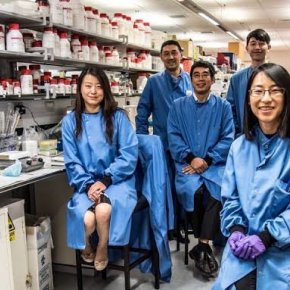